In May 2015, I had the honor of being chosen as Indiana University East’s graduation speaker.  As a business owner who started my business while I was still in school, I wanted to impart the unique knowledge that I gained with the Class of 2015.  And since I believe the lessons that I’ve learned have universal impact, a slightly modified version of my speech is below.  I’d love to hear your thoughts and experiences, so please feel free to comment! 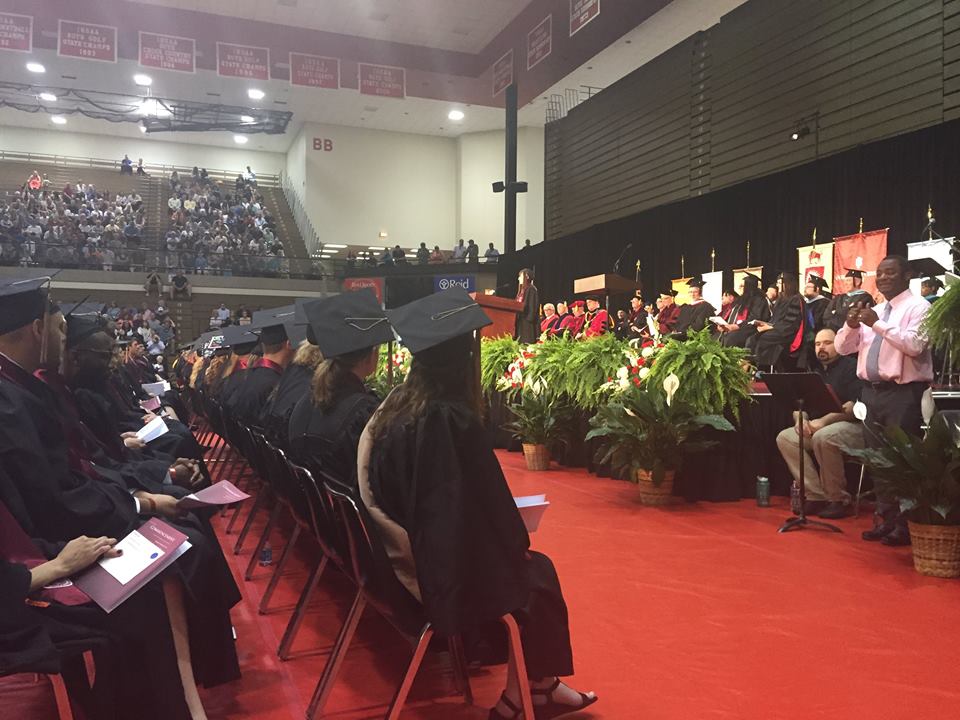 You’re all at a crossroads. Whether you’ve applied for grad school, are looking for your first job, or are starting a new career, something is changing. With that change come immense pride and accomplishment, but also uncertainty. There’s one thing I want to leave you with before you start down your new path:

I fully believe that every good speech includes a quote from Steve Jobs. He said, “Your time is limited, don’t waste it living someone else’s life. Don’t be trapped by dogma, which is living the result of other people’s thinking. Don’t let the noise of other opinions drown your own inner voice. And most important, have the courage to follow your heart and intuition, they somehow already know what you truly want to become. Everything else is secondary.”

Have you ever thought about the idea that everything we needed for life, we learned before we were 5? Now that’s not entirely true, but I think there’s some merit to it. When we were kids, everyone told us that we could be whatever we wanted to be. We could be an astronaut or a firefighter or a teacher. But then, at some point, reality hit and things changed. We realized that life isn’t perfect and, in my case, you can’t actually be a veterinarian if you’ve never had a pet. And people started changing their tune.   Now, they say that you can’t follow your dreams because it’s irresponsible; it doesn’t make financial sense; you’re too young; you’re too old.

Why do we just accept those reasons?

Why do we let other people speak negativity into our lives? I started a Blue Ivory Creative when I was 20, and it was a very unpopular decision for many of the people around me.   I was told that I was far too young, that I looked 16 and no one would take me seriously, and that I couldn’t possibly run a company and finish school.

But I did. Was it hard? Absolutely. Were there days I wanted to give up? Absolutely. But I realized something early on that I think is incredibly important.

There’s a story about putting crabs in a bucket. If you put one crab in a bucket, it will easily climb out and escape. But if you put two crabs in a bucket, one will hold the other one back so it can’t climb out. How many people are held back by the dream stealers? Countless people. They’re the people who wonder what could have been. And how many people have you heard about who overcame the odds and accomplished great things, inspiring people all over the world? Steve Jobs started in his parents’ garage! I’m sure he had lots of people telling him he was crazy. He probably was, but he didn’t listen to those people! Instead, he changed the world.

So be willing to follow your passion and chase after your dreams. Do whatever it takes to build the lifestyle that you want. Don’t let anyone hold you back; they may never fully understand what you’re doing. Commit yourself to always learn and always grow. Follow your heart and be who you want to be, unapologetically.

I’m going to conclude with a quote from another person who should always be included in a speech: Dr. Seuss.   After all, I did say that we learned everything we needed for life before we were 5.